1968 was a turning point in the African American Civil Rights Movement and in U.S. history. Just as the backlash of Jim Crow had struck down the progress of the Reconstruction nearly a century earlier, a series of assassinations extinguished the leaders of the 1960s movement and threatened the progress they fought so hard to achieve. The somber and sobering pinnacle of a decade that began with the assassination of John F. Kennedy, Jr and saw the murders of Malcolm X and Medgar Evers was its closing with the killing of Martin Luther King, Jr. and Robert F Kennedy in 1968. This progression of events gave a sense of urgency to young Black leaders who responded to the shocking losses with an increasing doubt that non-violent means would ensure justice for their communities. The Black Power movement gained momentum on the heels of these events, arising from the ashes of the riots that followed King’s assassination, amidst the urban blight of America’s still largely segregated cities. Against this backdrop, Yale, like educational institutions across the country, began opening its doors to African American students, and soon found itself the backdrop of the famed Black Panther Trials.

As you explore this Yale Alumni Academy program, African American Civil Rights: From Reconstruction to Right Now, you'll experience a story that spans from the end of the Civil War through today. This program features four themes: Reconstruction, Rights, Revolution and Right Now, explored through online museum exhibits, videos, collections from Yale's archives, virtual visits to historical sites around the country and live events. 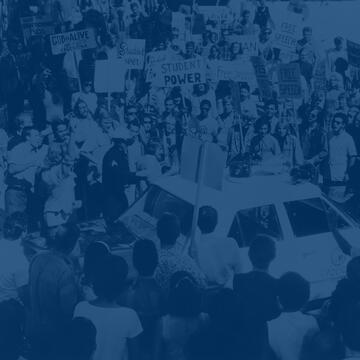 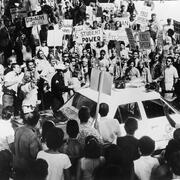 1968 The Year that Changed America

1968 in America is often considered to be one of the most turbulent years of the 20th century, with several major historical events creating enough aftershock to shape the future of America and beyond for decades after. A year of triumphs and tragedies, here we explore ten events that occurred during 1968 and discuss their impact. 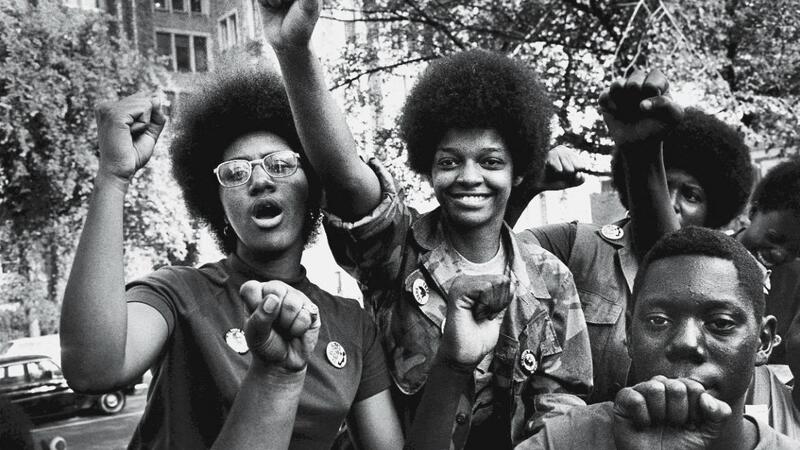 Ready for the Revolution

The Black Power movement (1966-1976) sought to create a new revolutionary black consciousness. It fostered a new aesthetics, declared that black was beautiful, saw art as an integral part of the revolution and promoted education as a vehicle for social and political transformation.

Explore at the Schomburg Center and the New York Public Library 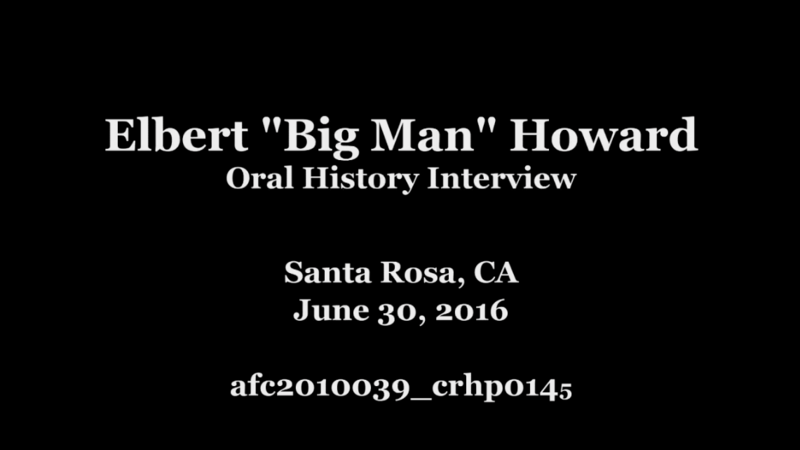 Elbert "Big Man" Howard founded the Black Panther Party in Oakland with Huey P. Newton, Bobby Seale and others in 1965. Howard speaks of the Party's accomplishments in establishing the free community food programs, free medical clinics, and other service initiatives.

Watch at the Library of Congress 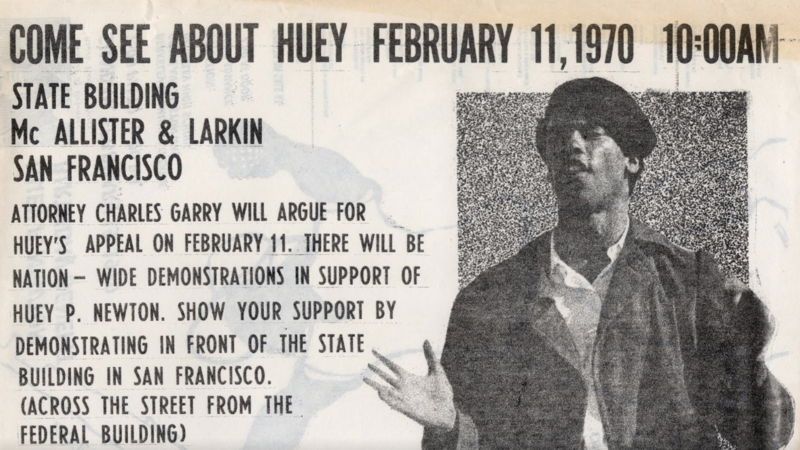 The Revolution Will Not Be Televised

Gil Scott-Heron’s 1970 poem, “The Revolution Will Not Be Televised,” offered a humorous but pointed critique of the relationship between the media and the reality of change and revolution taking place in the streets and on the campuses of America.

Explore at the Amistad Research Center 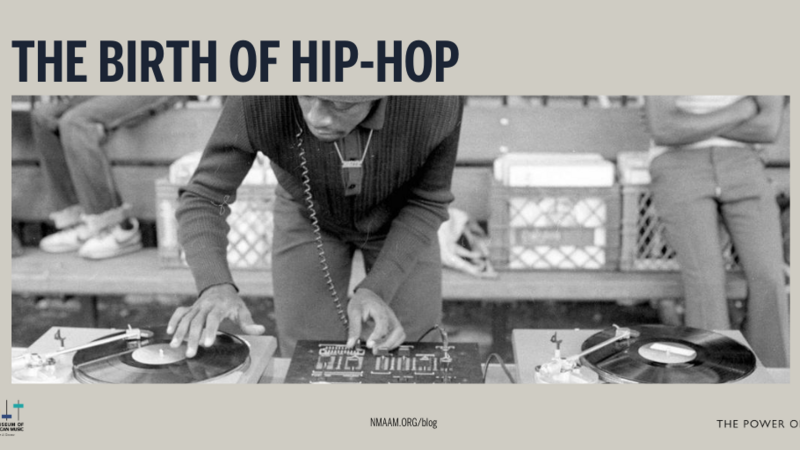 The Birth of Hip-Hop

Hip-hop evolved in the post-Civil Rights era to impart knowledge to urban youth, chronicle the suffering and the successes of the Black and Latinx communities and empower them to fight for social and economic justice. Often mistakenly condensed into the 1990s offshoot of "gangster rap," the original hip-hop of the 1970s and 1980s derived from the oral tradition, imparting powerful educational messages through spoken word accompanied by musical beats.

Continue at the National Museum of African American Music 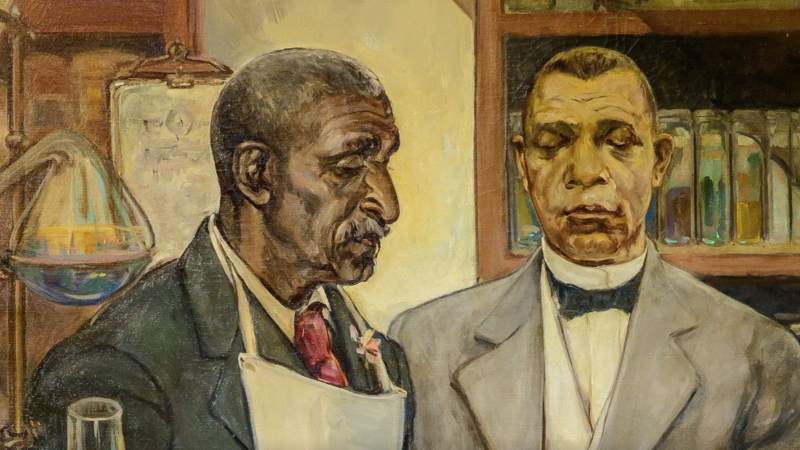 Freedom, Resistance and the Journey Toward Equality

Trace the journey of African Americans striving for freedom, equality and justice from 1526 aboard the first slave ships through the revolutionary Black Power movement of the 1970s in this exhibit of artifacts at Chicago's DuSable Museum of African American History and Culture.

Explore at the DuSable Museum 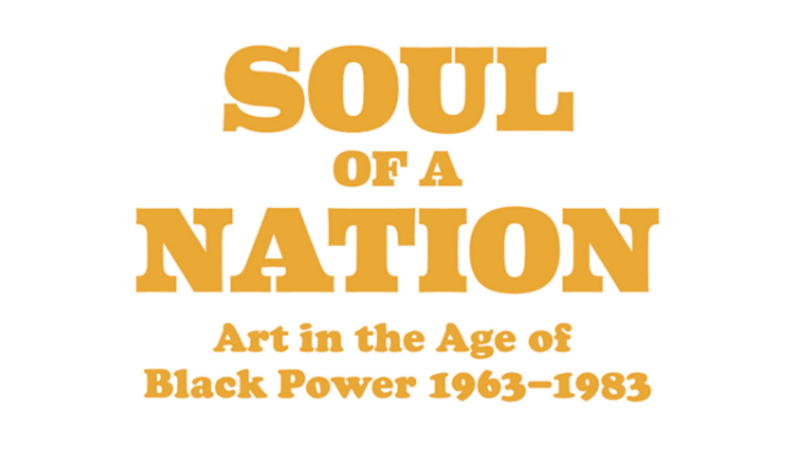 Soul of a Nation:
Art in the Age of Black Power

Soul of a Nation: Art in the Age of Black Power celebrates the dynamic contributions of Black artists during a pivotal period in American history from 1963 to 1983. During this turbulent period, artists engaged in robust debates on the role of art. Many discussed what it meant to be a Black artist in the era of the civil rights movement and its aftermath, but some rejected definitions altogether.

Tour the Exhibit at The Broad Museum 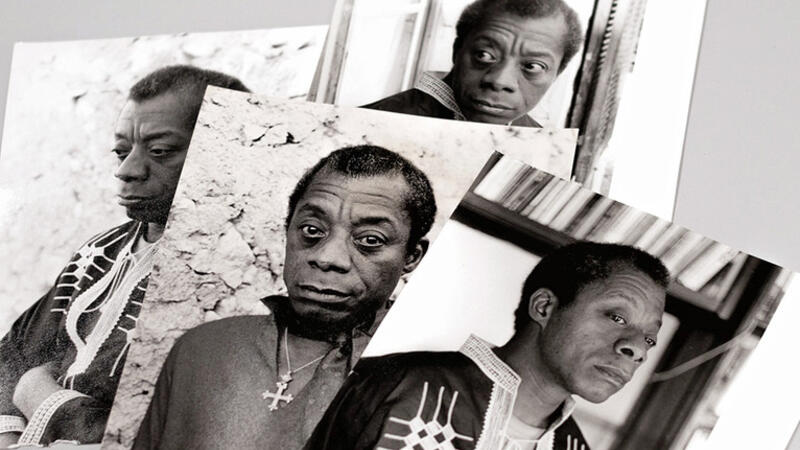 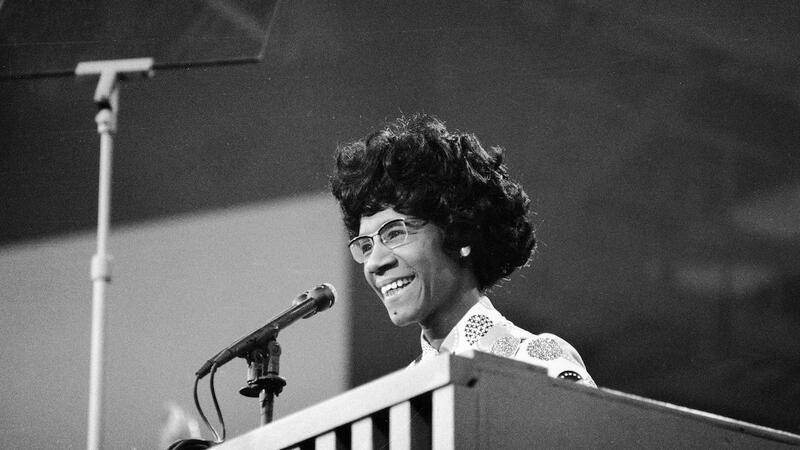 Shirley Chisholm - When a Black Woman Ran for President 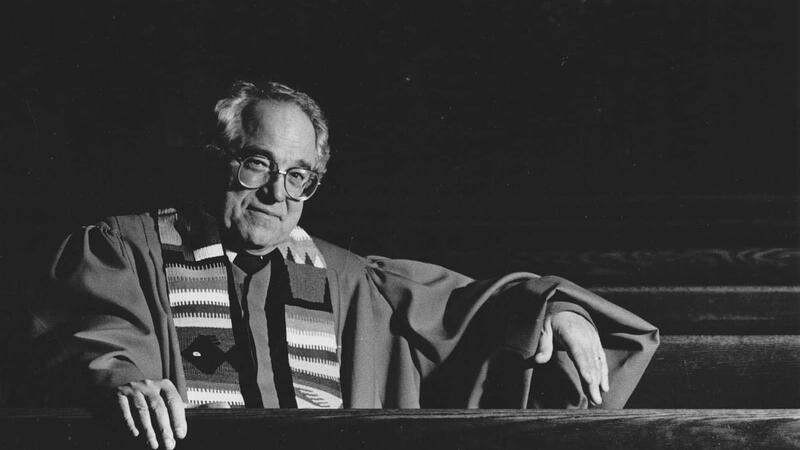 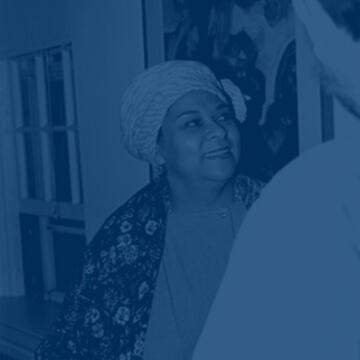 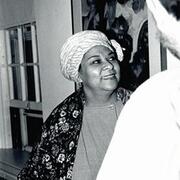 The first African American women to enroll in Yale College faced numerous challenges. They blazed trails for the first Black faculty members, the African American studies department, and laid the foundation for studies of Black culture in generations to come. Vera Wells ’71 B.A. among those first students on Yale's campus, carries memories of an exciting and groundbreaking time in history. In this interview with President Peter Salovey, she brings the era to life and remembers The Life and Work of Sylvia Ardyn Boone an eminent scholar of African and women’s art and the first black woman granted tenure at Yale. 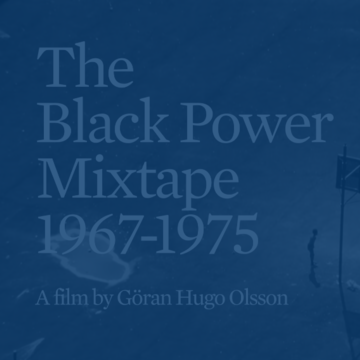 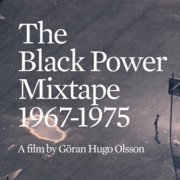 The Black Power Mixtape 1967-1975 mobilizes a treasure trove of 16mm material shot by Swedish filmmakers, after languishing in a basement of a TV station for 30 years, into an irresistible mosaic of images, music, and narration chronicling the evolution one of our nation's most indelible turning points, the Black Power movement. Featuring candid interviews with the movement's most explosive revolutionary minds, including Angela Davis, Bobby Seale, Stokely Carmichael, and Kathleen Cleaver, the film explores the community, people and radical ideas of the movement. 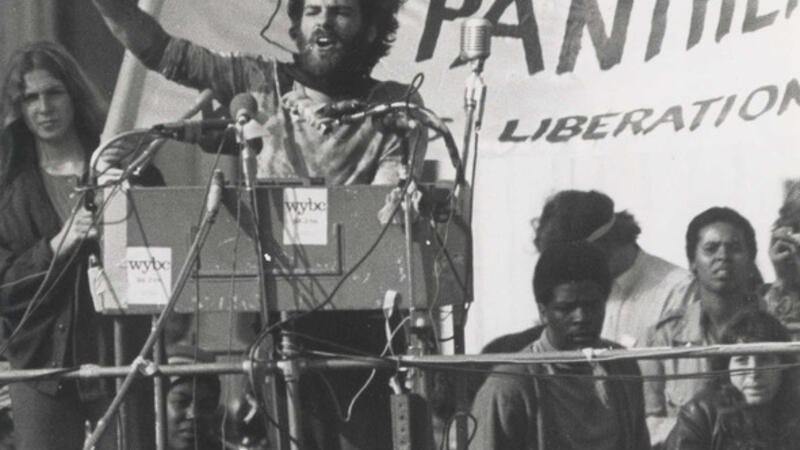 Bulldog and the Panther Exhibit

1969 and 1970 were politically tumultuous years in the United States and indeed around the world. Unrest in U.S. urban areas and on college and university campuses focused on racial and gender inequalities, the ongoing U.S. war in Vietnam, and demands by students for more responsive and inclusive campus decision making.

Yale Alumni Magazine: The Panther and The Bulldog 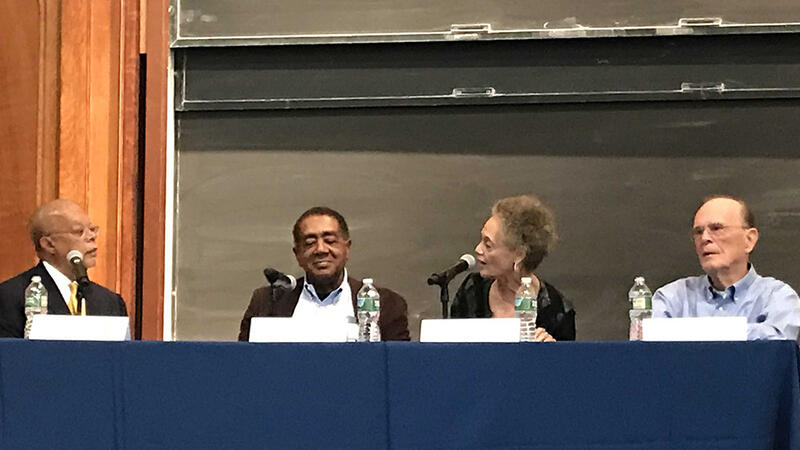 For members of the class of 1973, the “May Day @ Yale” panel during their 45th reunion weekend brought them back to the most seminal moment of their undergraduate lives. “We were coming of age on the Yale campus 48 years ago,” said moderator Henry “Skip” Louis Gates ’73 B.A., the Alphonse Fletcher University Professor and director of the Hutchins Center for African and African American Research at Harvard University. 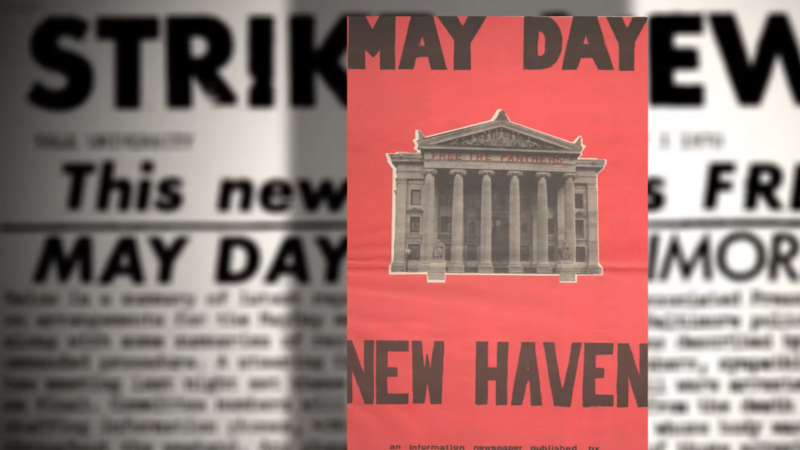 May Day Demonstrations
by Women at Yale

In spring 1970, in anticipation of mass demonstrations that would bring thousands of students and activists from all over the country to Yale to protest the trial of Black Panther leader Bobby Seale, Yale canceled classes and shut down many operations of the University. In this video, Yale alumni women reflect on what it meant to attend Yale during such tumultuous times politically and socially. 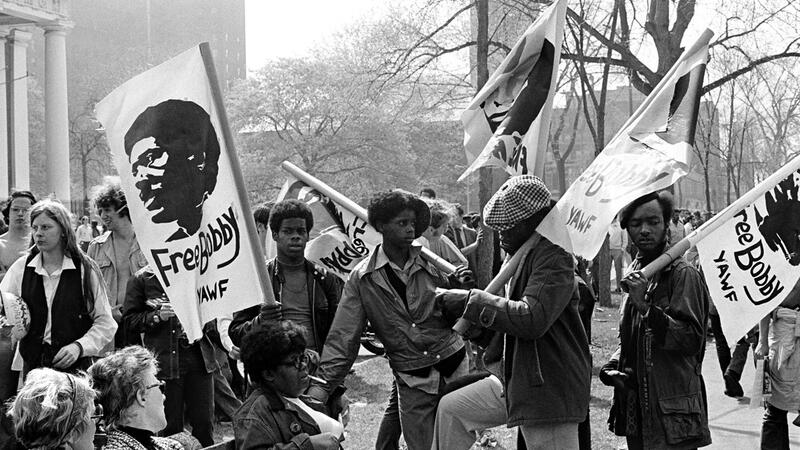 In the spring of 1970, I was a twenty-year-old psychology major at Yale, a junior enrolled in my first photography seminar. But I was no longer attending classes. On May Day, 1970, fifteen thousand young, white, mostly middle class students gathered on the New Haven Green to indict the criminal justice system in America for Seale’s arrest. The seven rolls of 35mm film I exposed that May Day became my first self-assigned documentary project.

View a photo slideshow of May Day 1970 by Alex Harris 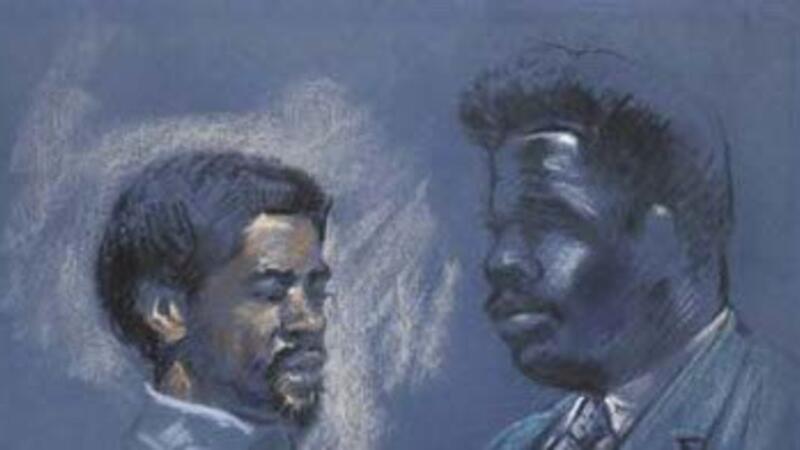 CBS News commissioned Connecticut sketch artist and painter Robert Templeton to produce several large drawings of the trial to broadcast on the television news. Templeton made small pastel sketches from life in the courtroom and prepared larger drawings from these sketches in a helicopter on his way to New York City. Because the courtroom was closed to artists and photographers, Templeton’s sketches were made surreptitiously, without the permission of the court; his drawings are, perhaps, the only visual record of the courtroom during this critical case. 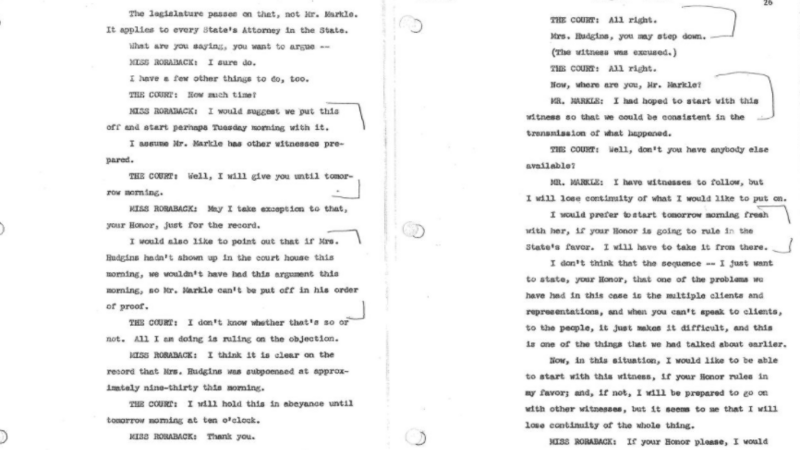 This collection includes the full transcript of a murder trial that took place in New Haven, Connecticut, in 1971. The state put Black Panther Party leaders Bobby Seale and Ericka Huggins on trial in connection with the torture and murder of a suspected informant named Alex Rackley. 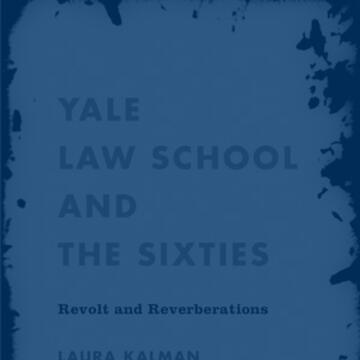 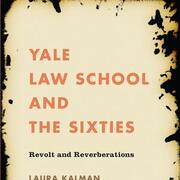 Yale Law School in the 1960s Revolt and Reverberations

The development of the modern Yale Law School is deeply intertwined with the story of a group of students in the 1960s who worked to unlock democratic visions of law and social change that they associated with Yale's past and with the social climate in which they lived. Inspired by Yale's legal realists of the 1930s, Yale law students between 1967 and 1970 spawned a movement that celebrated participatory democracy, black power, feminism, and the counterculture.

Yale Law School and the Sixties 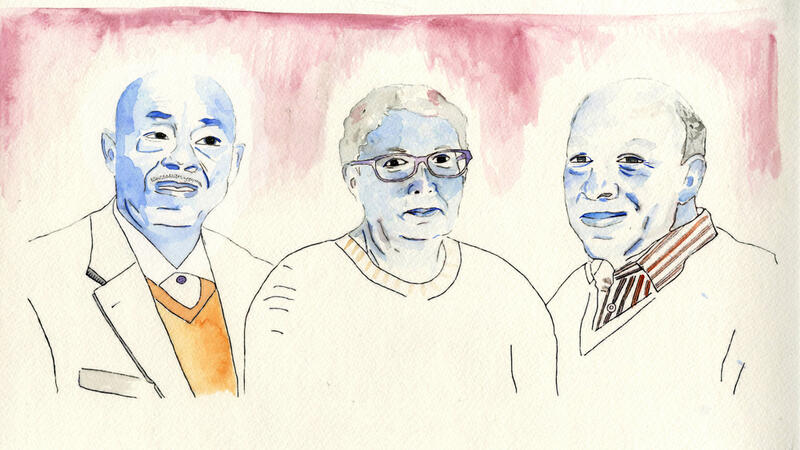 This episode sketches an oral history of Yale’s African American Studies Department through a collective conversation with Professor Hazel Carby, Professor Gerald Jaynes, and Professor Robert Stepto. These three pathbreaking scholars share both their personal and professional experiences within different departments at Yale, all the while explaining the challenges which remain today.

Listen to the Podcast 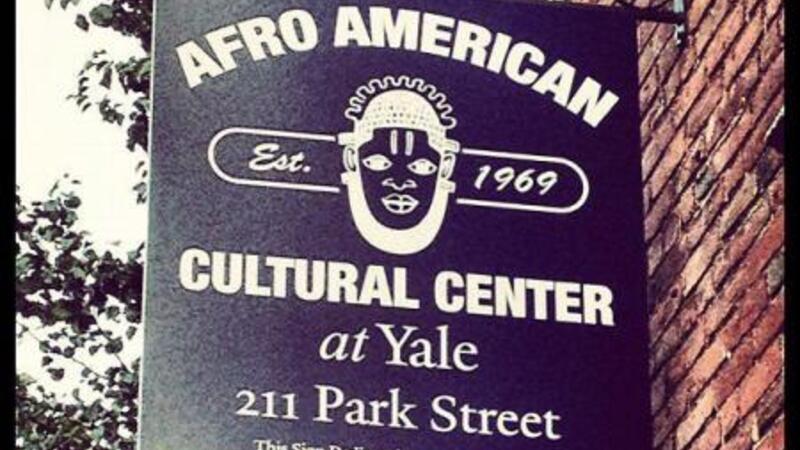 The History of The House

In September of 1964, a record number of Black males matriculated to Yale: 14. In the spring of 1968 the Yale Corporation approved the establishment of a center for Black students and community members. Afro-America, a home away from home for the ever-increasing numbers of Black Yale students, and a locus for political, cultural, and social activities, opened in the fall of 1969 at 1195 Chapel Street. The name reflected the sentiment that the House (which quickly became its nickname) was more than a mere building. 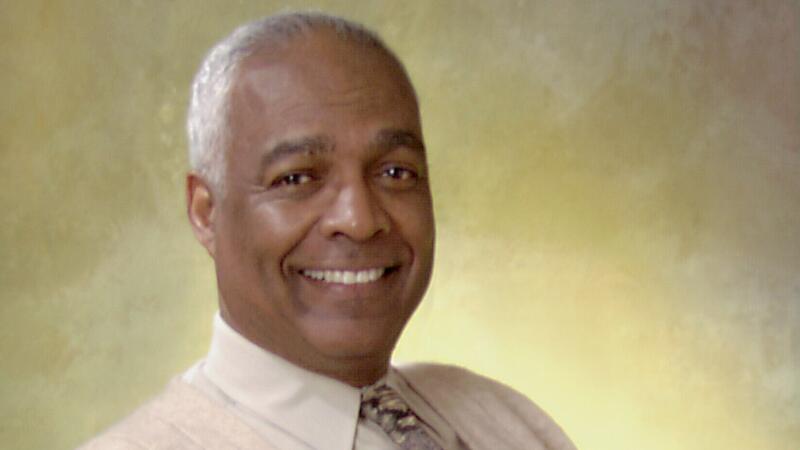 When Curtis Patton arrived at Yale to begin teaching, he found himself confronted with armed guards. Patton, one of Yale’s first black professors, had arrived in the midst of the Black Panther trials of 1970. Yale College was busy acquiring the professors who would form the foundation of the fledgling African American Studies Department, including Charles T. Davis, an accomplished black scholar who spent much of his tenure at Yale developing both the African American Studies program, which is now a department, and a community of African American scholars on campus. 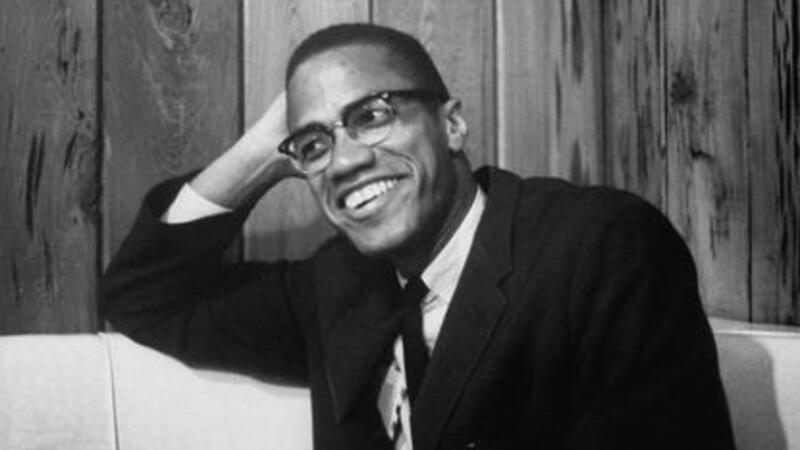 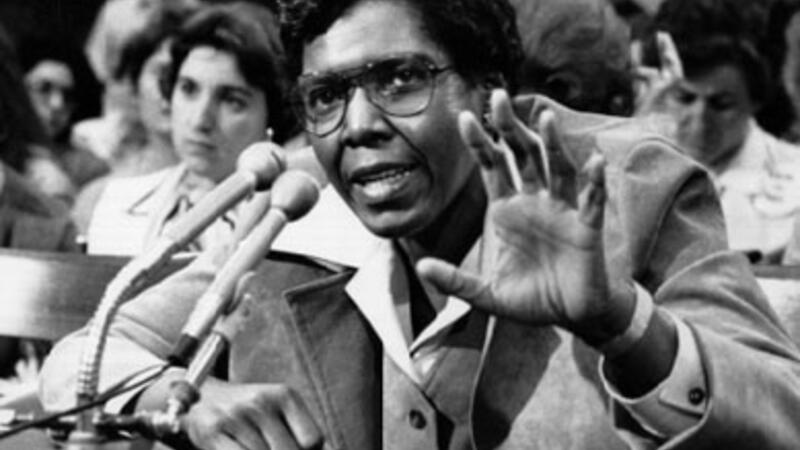 The decade of the 1970s is known as the beginning of the post-civil rights movement era. With several federal acts of legislation established to protect the rights of all Americans, the 1970s marked the start of a new era. During this decade, Black people made great strides in politics, academe as well as business. 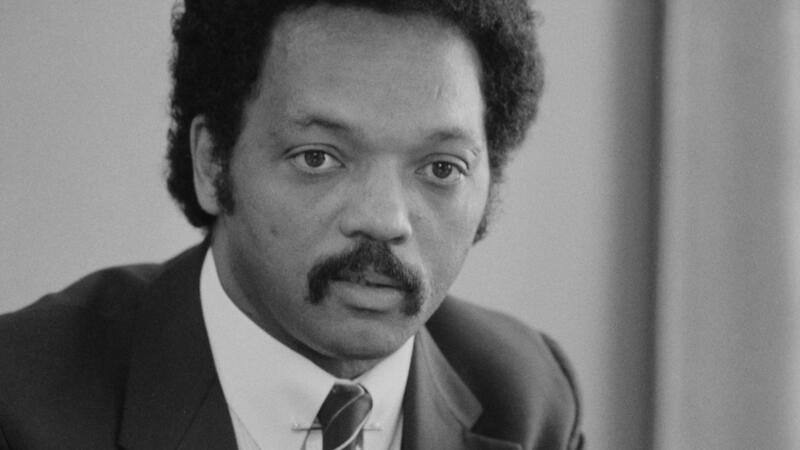 The 1980s saw important firsts for Black people recognized for their excellence, in the diverse fields of politics, science, literature, entertainment, and sports.