The African American Civil Rights Movement is often presented within a limited context of events that occurred during the late 1950s and the 1960s. In reality, the radical change of this period was fueled by an incipient set of factors, most notably, the scourge of lynching in the Jim Crow South. The conviction and determination of civil rights activists derived from a broad spectrum of early 20th century influences spanning the campaign for women’s suffrage, the Harlem Renaissance, World Wars I and II and other events that made an undeniable moral imperative  increasingly urgent.

As you explore this Yale Alumni Academy program, African American Civil Rights: From Reconstruction to Right Now, you'll experience a story that spans from the end of the Civil War through today. This program features four themes: Reconstruction, Rights, Revolution and Right Now, explored through online museum exhibits, videos, collections from Yale's archives, virtual visits to historical sites around the country and recorded on-demand events. 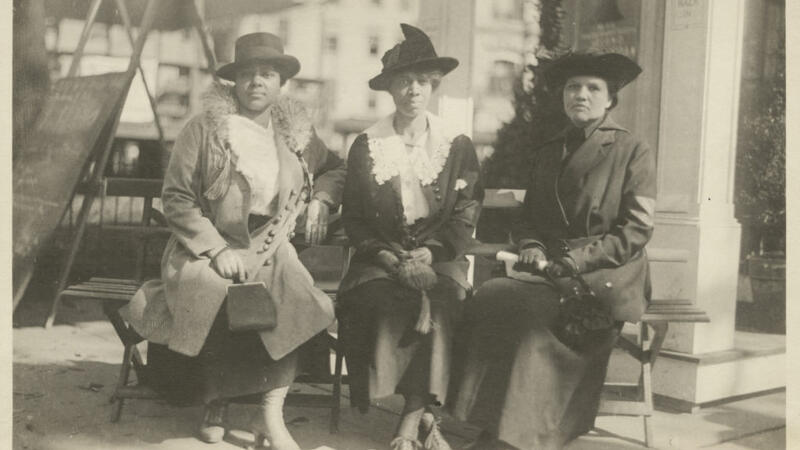 Standing Up for Change: African American Women and the Civil Rights Movement

As far back as the 19th century, African American women fought for civil rights. They resisted slavery. They spoke out against racism. In the 20th century, they formed the backbone of the modern Civil Rights Movement.

Explore this Exhibit from the National Women's History Museum 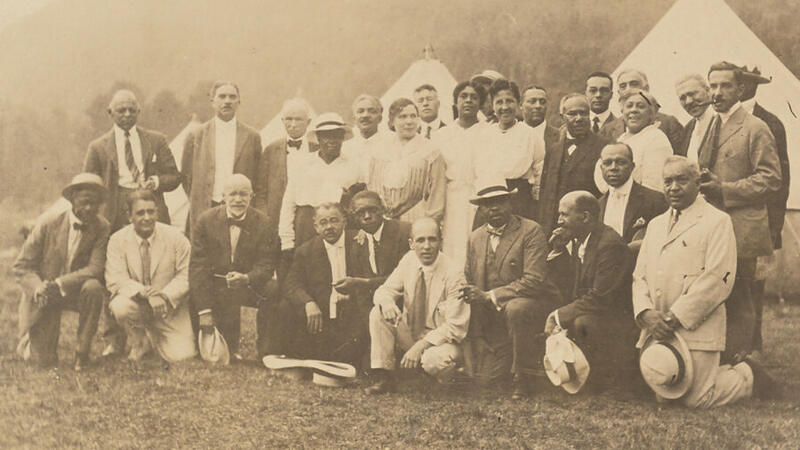 Drawing upon the theme of Langston Hughes’ 1936 poem, Let America be America Again, this exhibit at the Beinecke Library introduces us to Carl Van Vechten's portraits of artists, activists, and powerful voices from the Harlem Renaissance era. These visionaries created a legacy of social consciousness expressed through literature, poetry, music, and lives lived in pursuit of justice. Their work formed a foundation of self-determination and racial identity that helped fuel the Civil Rights Movement of the 1960s. 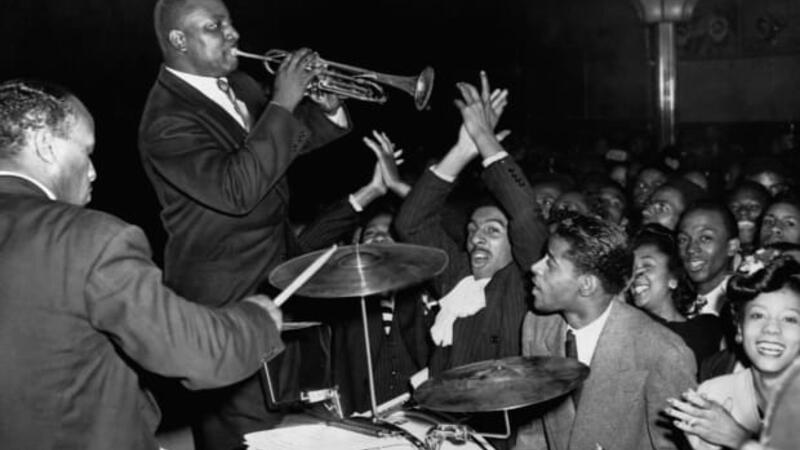 Gather Out of Star-Dust: The Harlem Renaissance, a Timeline the Yale Beinecke Library

A timeline of African American culture from 1910-1940: Critics throughout the Harlem Renaissance called for art that would make a point....intellectual leaders such as James Weldon Johnson, Charles S. Johnson, Alain Locke, and W. E. B. Du Bois all insisted that African American art would serve as a front in the fight for racial equality.

Article: What Was the Harlem Renaissance and Why Does it Matter? 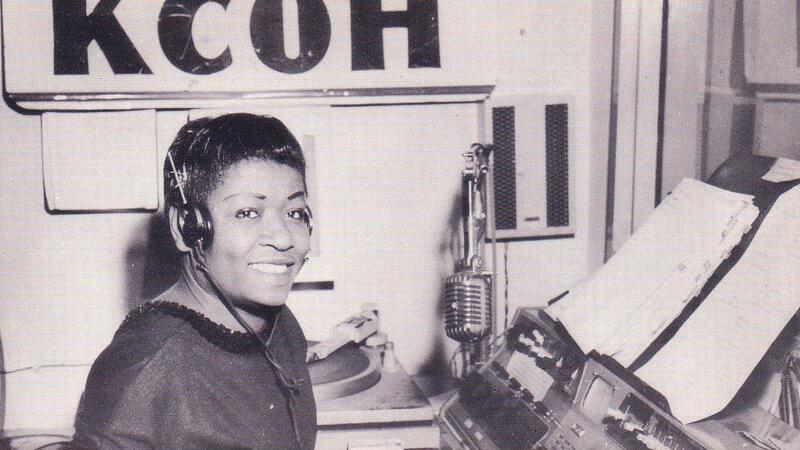 Black radio was a vital method of communication during the Civil Rights era, with deejays spreading the news of local and national events while advocating for social justice. At the same time, Black women radio personalities advanced the push for gender equality. This exhibit chronicles the personalities and the ubiquitous presence of Black radio during the Civil Rights era. 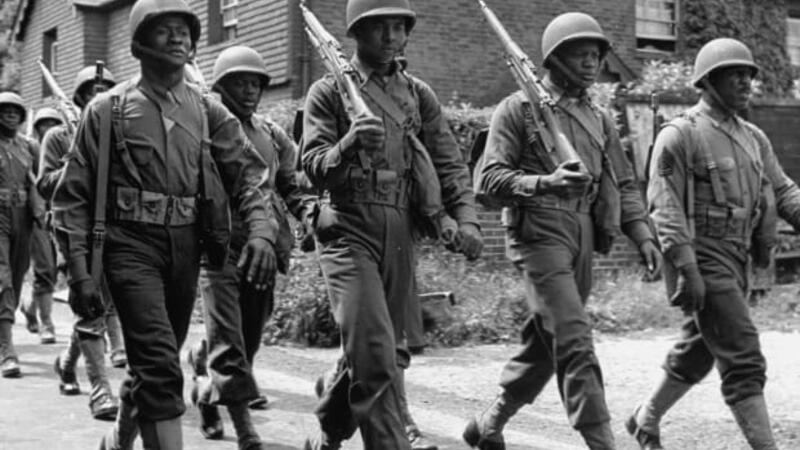 African Americans in the US Military: From the Revolution to the World Wars

African Americans have served in every major military conflict in U.S. history. Prior to WWII, Black soldiers in each war hoped that their loyalty and patriotism would be rewarded with freedom and equality. Following WWII, winning freedom abroad while not having it at home fostered deep-rooted discontent, paving the path toward the Civil Rights Movement of the 1960s. 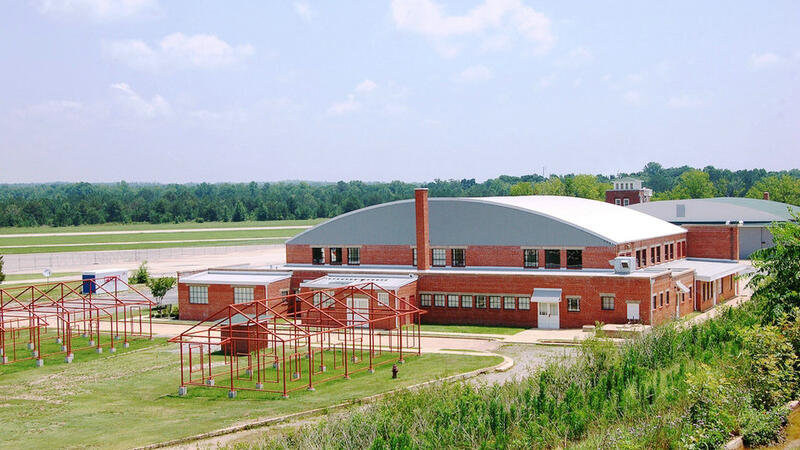 On the eve of WWII, President Roosevelt commissioned a program to train African American aviators for the US Army Air Corps at the historically black college, Tuskegee Institute in Alabama. These “Tuskegee Airmen,” also known as “The Red Tails” became famous for their heroic military legacy during the war and were a major influence in the eventual integration of the U.S. armed forces. 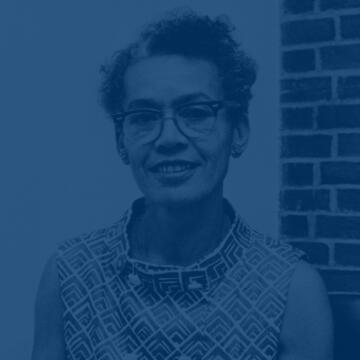 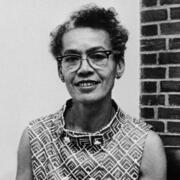 The Reverend Dr. Pauli Murray: legal strategist whose thinking influenced Thurgood Marshall’s arguments in the 1954 Brown v. Board of Education case; whose work Ruth Bader Ginsberg relied upon when arguing a Supreme Court Case against gender discrimination in 1971; and whose advocacy for the inclusion of the word “sex” in the 1964 Civil Rights bill would define its interpretation as protecting women’s rights in its time, and securing LGBTQ rights in our time. The first African American to receive a J.S.D. degree from Yale Law School, Murray has been called a “one-woman civil rights movement” by the Arthur and Elizabeth Schlesinger Library on the History of Women in America. Made a saint by the Episcopal church in 2018, and the namesake of Pauli Murray College at Yale in 2017, Murray's vision for a better society lives on in an extraordinary legacy for generations to come. 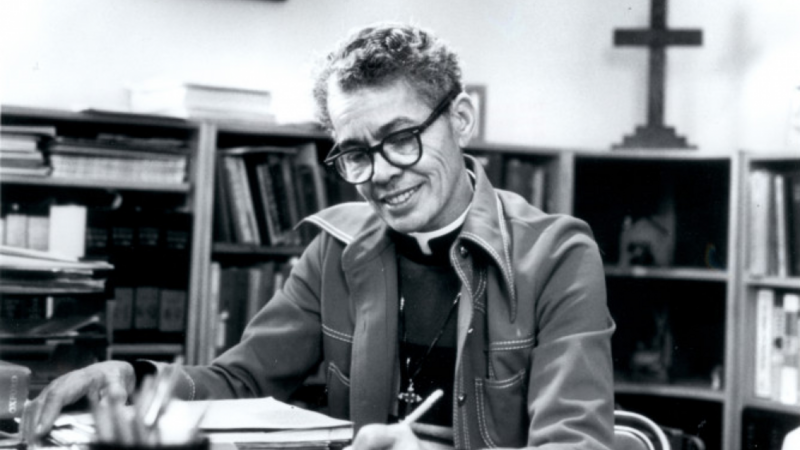 The Many Lives of Pauli Murray

"On January 8th, in a ceremony in the National Cathedral, Murray became the first African-American woman to be vested as an Episcopal priest. A month later, she administered her first Eucharist at the Chapel of the Cross—the little church in North Carolina where, more than a century earlier, a priest had baptized her grandmother Cornelia, then still a baby, and still a slave." 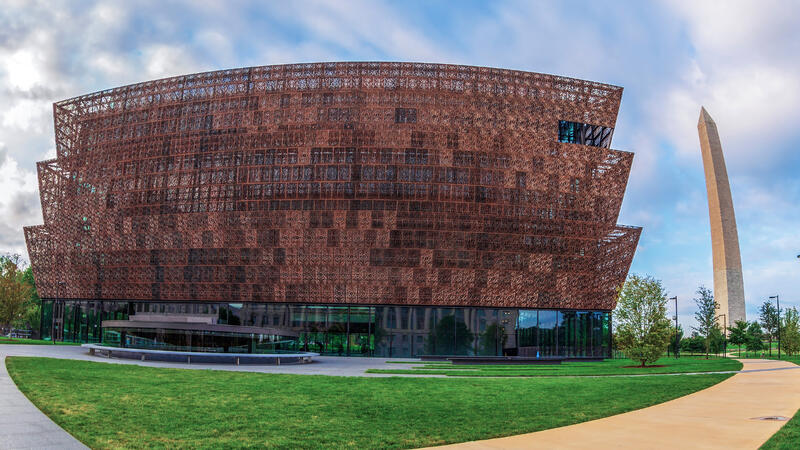 The Smithsonian multi-media exhibit, Pauli Murray’s Proud Shoes: A Classic in African American Genealogy, based on Murray’s memoir, Proud Shoes, explores Murray's family history. “If Grandfather had not volunteered for the Union in 1863 and come south three years later as a missionary among the Negro freedmen, our family might not have walked in such proud shoes and felt so assured of its place in history.” 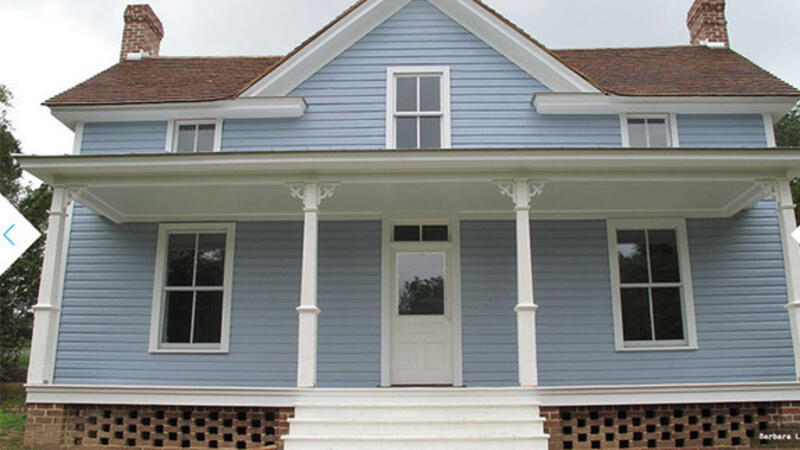 The Pauli Murray Family Home was designated a National Treasure by the National Trust for Historic Preservation in 2015 and a National Historic Landmark by the National Park Service in 2016. Only 2% of the 95,000 entries in the National Register of Historic Places focus on the experiences of African Americans. To help to shatter this pitiful statistic, the Pauli Murray Center will be a leader and model to other communities who want to know, share and lift up the accomplishments and struggles of women, people of color and queer folk.

Visit the Pauli Murray Center for History and Social Justice

The History of the Civil Rights Act of 1964 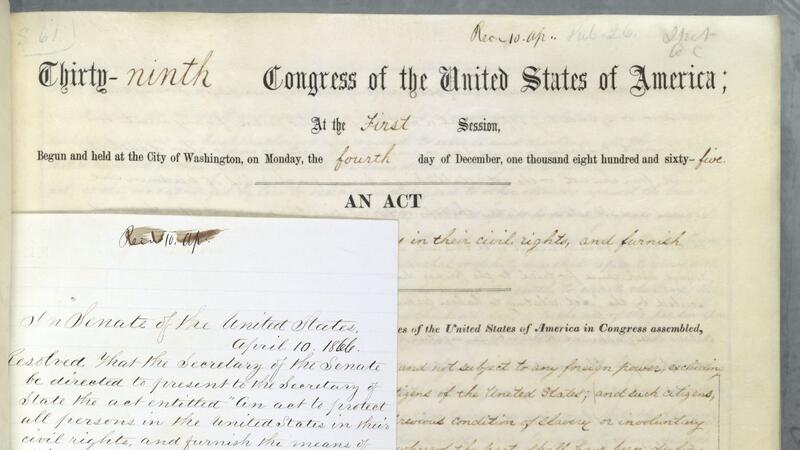 The Civil Rights Act of 1866 was the first attempt at civil rights legislation after the 13th Amendment abolished slavery. Its landmark language attempted to put African Americans on equal footing with whites. It guaranteed basic economic rights to contract, sue, and own property; and it paved the way for the 14th Amendment. 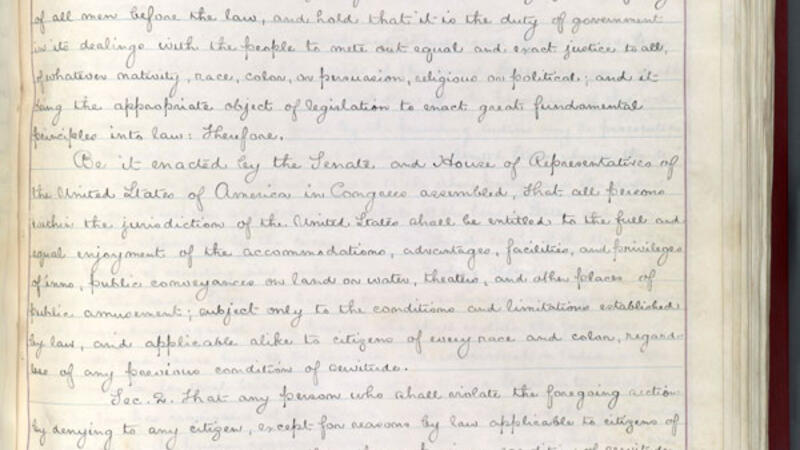 The Civil Rights Act of 1875, sometimes called the Enforcement Act or the Force Act, was a United States federal law enacted during the Reconstruction era in response to civil rights violations against African Americans. 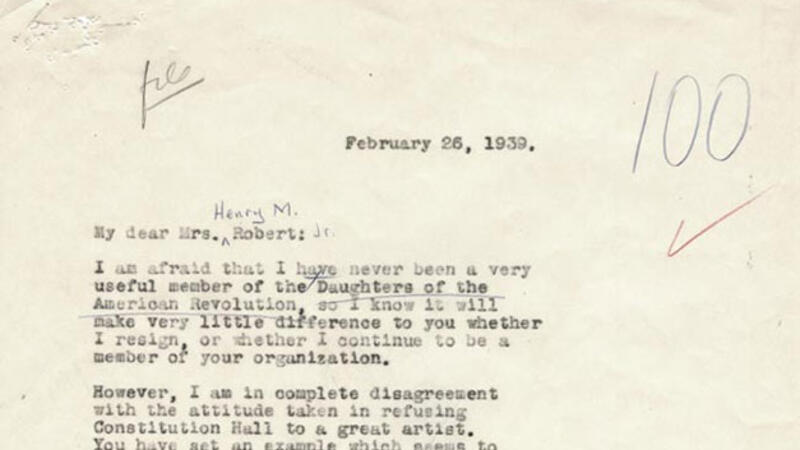 View these documents in the National Archives 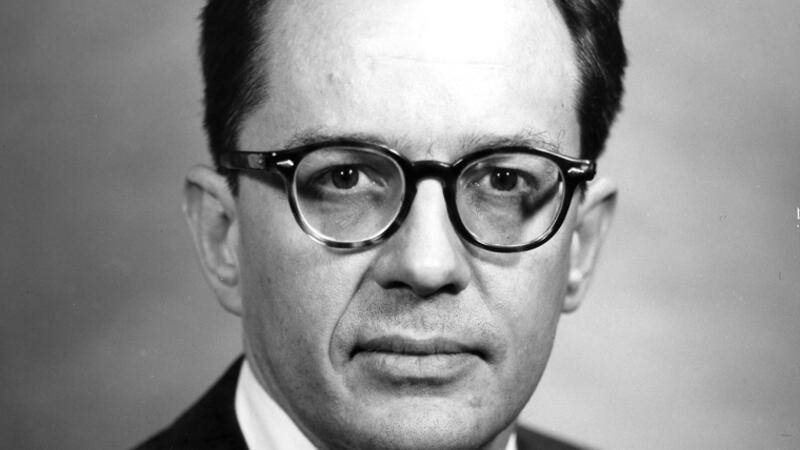 As Assistant Attorney General in the Civil Rights Division of the Department of Justice, Burke Marshall was a crucial influence to the passage of the Civil Rights Act of 1964. He also became the Nicholas deB. Katzenbach Professor Emeritus of Law and George W. Crawford Professorial Lecturer in Law. 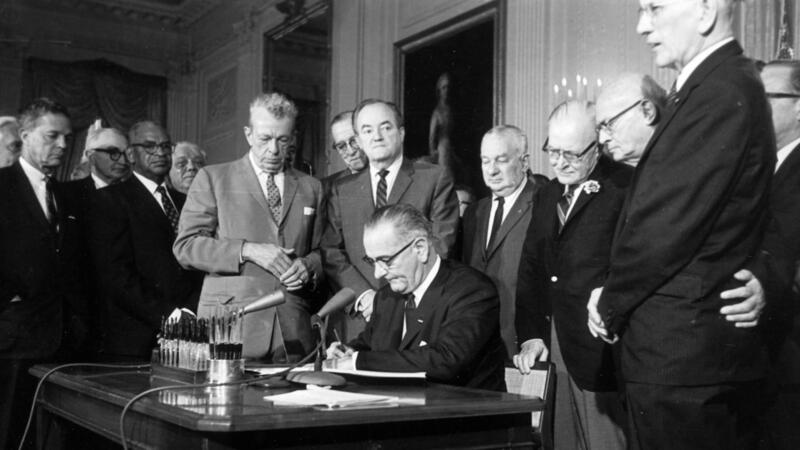 Fifty years ago, President Lyndon B. Johnson signed the most sweeping civil rights legislation since Reconstruction.  It prohibited discrimination in public places, provided for the integration of schools and other public facilities, and made employment discrimination illegal.

Explore the exhibit from the US National Archives 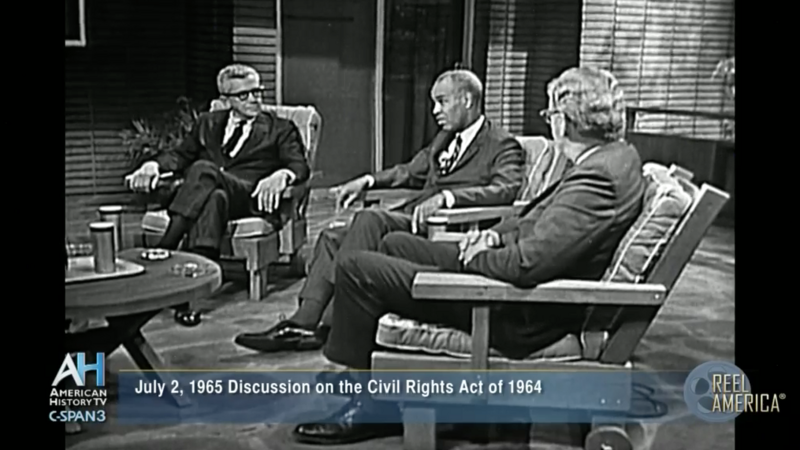 On the one-year anniversary of the passage of the 1964 Civil Rights Act, panelists Roy Wilkins, Leroy Collins, and Sterling Tucker discussed the historic significance of the legislation and the future of civil rights in America. 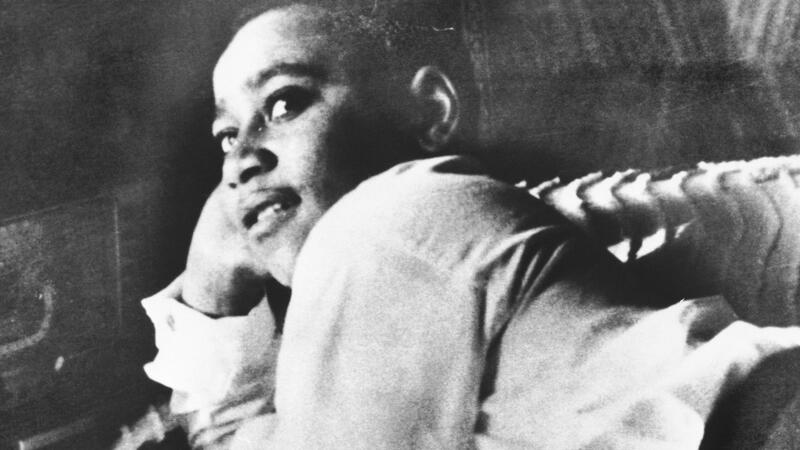 The Murder of Emmet Till

14-year old Emmett Till, was savagely lynched in August 1955 for allegedly whistling at a white woman. His killers were acquitted. This racist attack shocked the nation and incited scorn from around the globe at the ruthless cruelty of the Jim Crow South. His murder, along with his mother's decision to display his mutilated body in an open-casket funeral, is widely considered one of the main events that launched the Civil Rights Movement. 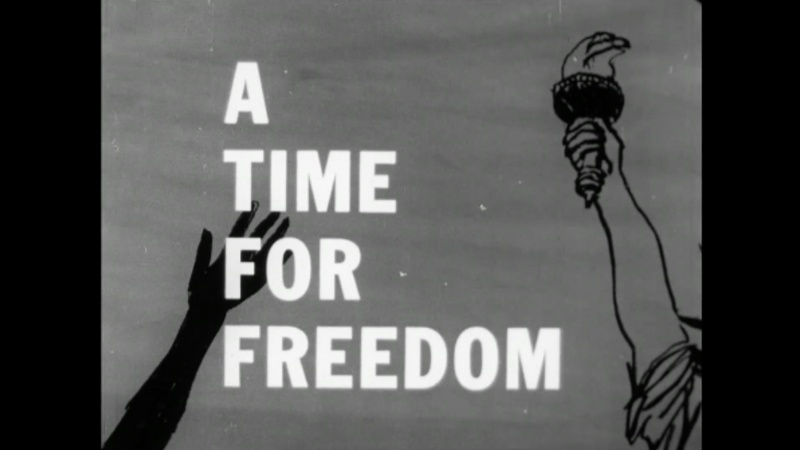 This little known event took place on May 17, 1957 to commemorate the third anniversary of the U.S. Supreme Court’s decision on Brown vs. The Board of Education. 30,000 people march to the Lincoln Memorial in Washington, DC to advocate for the federal government's continued dedication to desegregating public education. Speakers included A. Philip Randolph, Roy Wilkins, Mahalia Jackson, and Martin Luther King, Jr.

Watch the Documentary at the Library of Congress 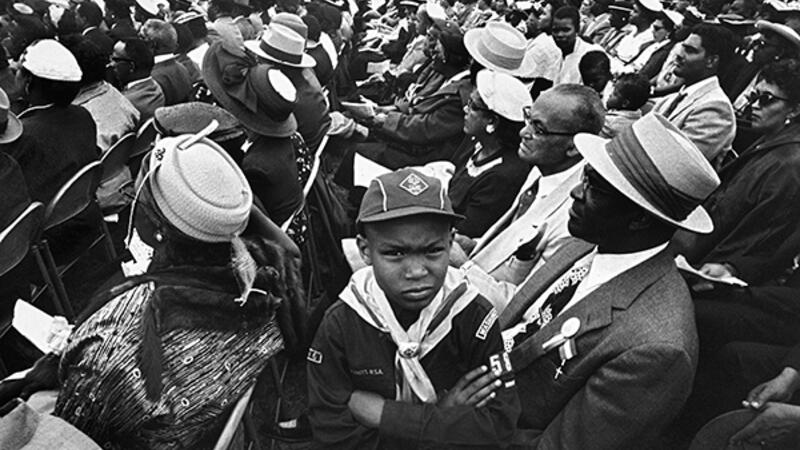 At the Prayer Pilgrimage for Freedom, Lee Friedlander was given full access to photograph the participants including everyday people as well as luminaries like Mahalia Jackson, A. Philip Randolph, Harry Belafonte, and Ruby Dee among many others. Representing some of Friedlander’s earliest works, the complete (and only existing) set of the 58 prints, was acquired by the Yale University Art Gallery, and exhibited in 2017 in honor of the 60th anniversary of the Prayer Pilgrimage.

Read the Article: The American Experience at Yale University 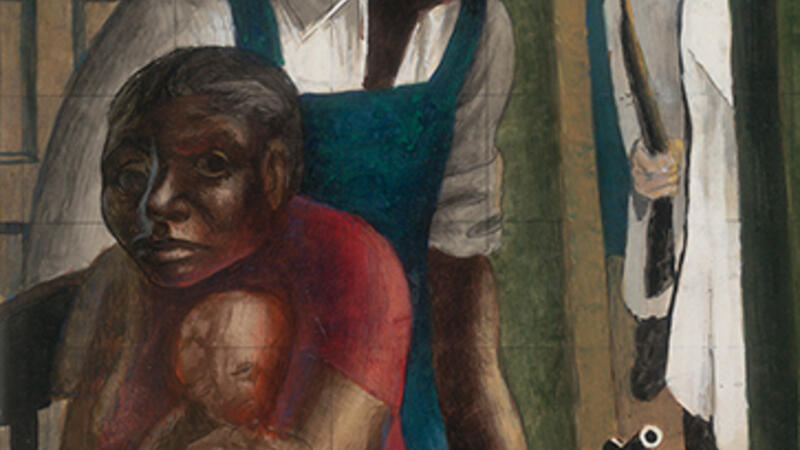 Reckoning with “The Incident”: John Wilson’s Studies for a Lynching Mural is the subject of this exhibition at the Yale Art Gallery. Wilson’s mural stands out for its size, the ephemerality of its form, and its representation of African American resistance and physical defense of their families. In tandem with the show, the Gallery brought together five Yale faculty for a discussion called, "The Legacy of Lynching: Artistic Confrontations of Racial Terror."

Watch this Lecture: The Legacy of Lynching

Explore this Exhibit at The Yale Art Gallery 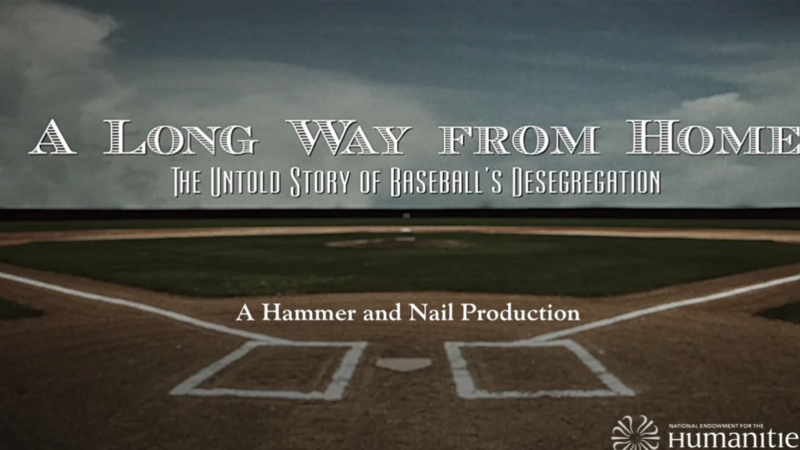 Jackie Robinson broke baseball’s color line in 1947, but it took another generation of Black and Latinx players to make the sport truly open to all. Playing in remote minor-league towns where racial segregation remained a fact of life well into the 1960s, these were the men who, before they could live their big-league dreams, first had to beat Jim Crow. 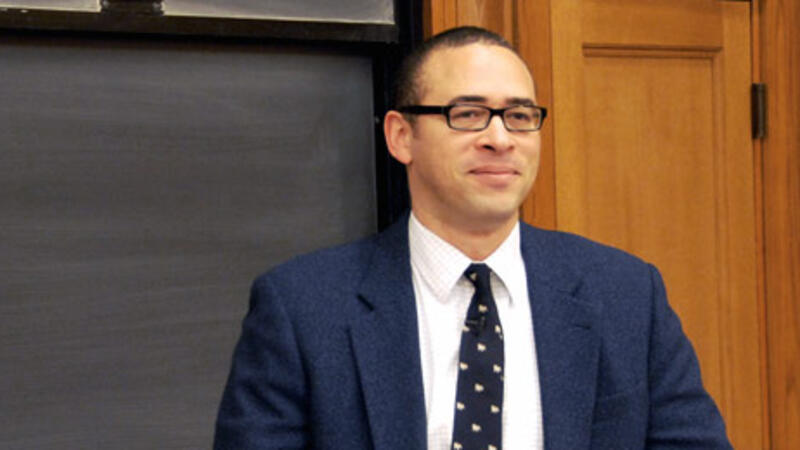 African American History: From Emancipation to the Present 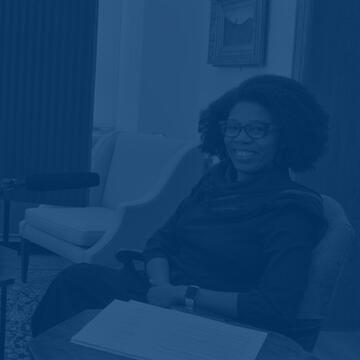 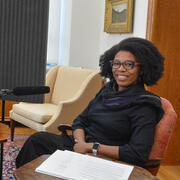 To commemorate Martin Luther King Jr. Day in 2020, Yale Professor Crystal Feimster sat down with President Peter Salovey for this discussion of Feimster's popular course, "The Long Civil Rights Movement." Feimster is Associate Professor of African American Studies, History and American Studies at Yale, and the author of Southern Horrors: Women and the Politics of Rape and Lynching.

Listen to the Podcast 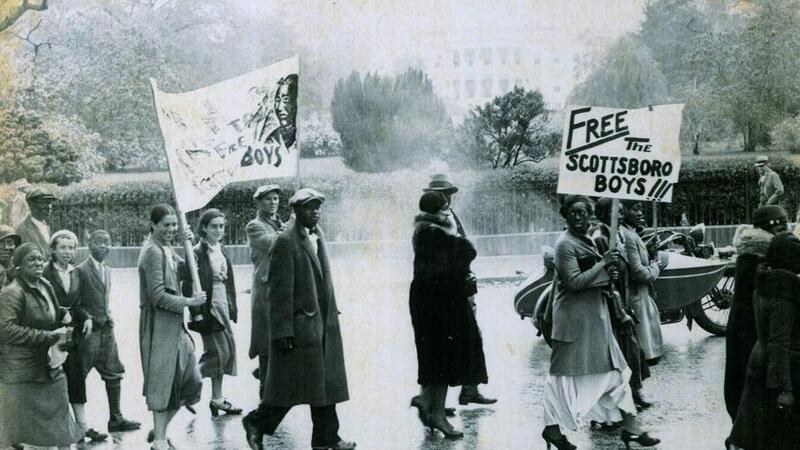 The Civil Rights Movement that looms over the 1950s and 1960s was the tip of an iceberg, the legal and political remnant of a broad, raucous, deeply American movement for social justice that flourished from the 1920s through the 1940s. In a dramatic narrative, Yale Professor of History, Glenda Elizabeth Gilmore deftly shows how the movement unfolded against national and global developments, gaining focus and finally arriving at a narrow but effective legal strategy for securing desegregation and political rights. 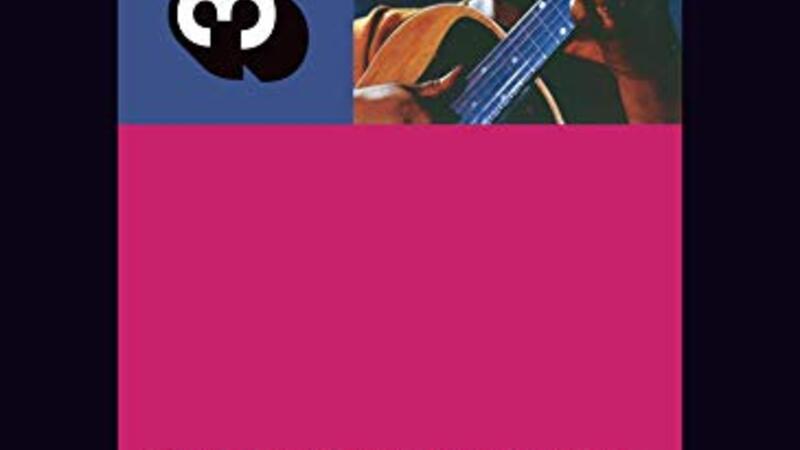 Odetta’s One Grain of Sand

Professor Matthew Jacobson's book tells the story of 20-year-old Odetta Holmes, a classically trained vocalist who could have become “the next Marian Anderson.” When she veered away from both opera and musical theater in favor of performing politically charged field hollers, prison songs, work songs, and folk tunes before mixed-race audiences in 1950s coffee houses, she was making one of the most portentous decisions in the history of both American music and Civil Rights. 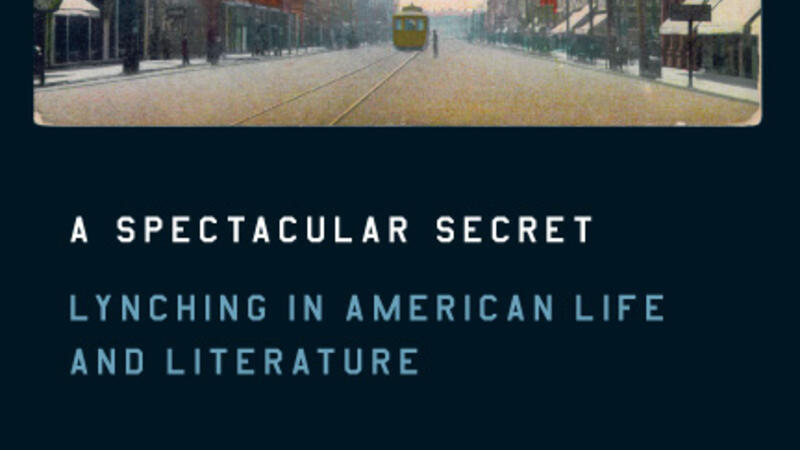 A Spectacular Secret
Lynching in American Life and Literature

In this incisive study, Professor Jacqueline Goldsby shows that lynching cannot be explained away as a phenomenon peculiar to the South or as the perverse culmination of racist politics. Rather, lynching—a highly visible form of social violence that has historically been shrouded in secrecy—was in fact a fundamental part of the national consciousness whose cultural logic played a pivotal role in the making of American modernity. 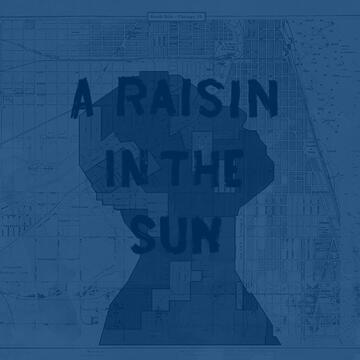 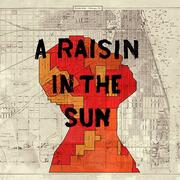 A Raisin in the Sun

Published in 1959, the stage play, A Raisin in the Sun, thrust Lorraine Hansberry onto the scene as an important voice in the Civil Rights Movement. Rooted in themes of housing discrimination and redlining and signifying the Langston Hughes poem, Harlem, the script highlights key factors in the everyday struggle for equality and justice at the onset of the Movement. The Yale Repertory Theatre's 2020 production was canceled due to COVID-19, but this study guide - a companion to the play - preserves its powerful social message.